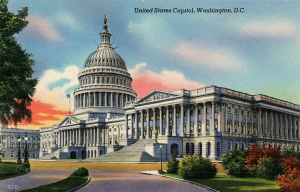 Russell Beck was recently featured in an article about President Biden’s Executive Order on noncompete agreements. The article, published in the New Jersey Law Journal and Law.com, is titled “Some Lawyers Doubt Biden’s Move to Curb Employment Noncompete Agreements Would Stimulate the Startup Economy.”

The article discusses President Biden’s order encouraging the FTC to exercise its rulemaking authority “to curtail the unfair use of non-compete clauses and other clauses or agreements that may unfairly limit worker mobility.”

The article references the argument frequently made by opponents of noncompete agreements that California’s prohibition of such agreements is the reason for its vibrant technology sector. In response, Russell is quoted as follows:

“This is a classic example of assuming that correlation means causation,” said Russell Beck, an attorney at Beck Reed Riden in Boston who frequently handles noncompete agreements in his business litigation practice. He pointed to Oklahoma and North Dakota, both of which have banned noncompetes since the 1800s. Neither has startup activity comparable to that in California, Beck said.

In the article, Russell further explains that:

Beck concedes that banning noncompete clauses would make it easier to launch a startup company but says that analysis fails to consider the prospect of a suit from a former employer.

“Some research suggests if noncompetes are enforced strongly, you’ll have fewer startups, but the quality of the startups will be improved. If the goal is just to have a lot of startups, the strict enforcement of noncompetes may hinder that but it may result in not wasting a lot of people’s money and time on poor-quality startups and instead focusing on high quality startups, which I would think is the goal” Beck said.

“This is one of those issues where there are a lot of soundbites, and they really sound compelling. But when you go behind them, you find out this is a lot more nuanced issue,” Beck said. “There is a lot more work that needs to be done to understand what we’d be giving up by banning noncompetes and how that would impact the economy.

ussell describes the genesis of the current efforts to regulate non-competition agreements as follows:

Noncompete clauses have been on the radar screens of state and federal officials since 2014, when a controversy arose over imposition of such terms on low-wage employees of Jimmy John’s, a chain of sandwich shops, Beck said.

The company ended the practice after it was sued by state officials in Illinois and New York. Federal legislation to restrict noncompetes was introduced in Congress but did not find traction, he said.

Many states have also been focusing on noncompetes, with some barring their use on low-wage workers or mandating notice provisions for job-seekers who are hired by a company that imposes a noncompete clause, Beck said. In February, Washington, D.C,. enacted a wide-ranging ban on noncompete clauses.

Questions remain about whether the FTC has authority to regulate noncompete clauses, Beck says. But the business litigator expects the agency to enact regulations that address imposition of noncompetes on low-wage workers and notice requirements, which would give states the authority to enact additional regulations on the issue if they are inclined.

The article was written by Charles Toutant, a litigation writer for the New Jersey Law Journal.