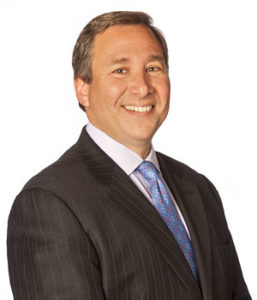 Russell Beck was quoted by the The Boston Globe in a recent story about the brand new Massachusetts Noncompete Law, which was largely drafted by Attorney Beck. The story is titled “Five ways the state’s revised noncompete rules could affect you.” The article was written by Globe correspondent Scott Kirsner.

The story discusses various workplace scenarios that may be affected by the new statute.

In the article, Russell provides analysis of the following scenario:

A sales representative who signed a two-year noncompete this month decides to leave her job in November. She assumes the new law means that two-year noncompete agreements will no longer be enforced by Massachusetts courts. She waits one year and a day before joining a rival of her former employer.

Russell Beck, a partner at the Boston law firm Beck Reed Riden who helped draft the new legislation, says the sales person would still be at risk of being taken to court by the first employer. “I don’t think the new legislation will have any immediate impact on noncompetes entered into prior to Oct. 1.”

In another hypothetical scenario, Russell analyzes the application of the new noncompete law as follows:

A marketing consultant working for a new apparel company in Boston is not an employee, but an independent contractor billing the client at $100 per hour. Despite that, her client asks her to sign a noncompete agreement that will last for one year, and she does. The agreement says the client will pay her a $5,000 fee if it wants to enforce the noncompete. After three months of consulting, she decides to stop working for the company, it pays her $5,000, and asks her not to consult for other apparel companies for a year.

That’s probably acceptable under the new law, Beck says. While in the past independent contractors haven’t typically been asked to sign noncompetes, he says, the new legislation creates the possibility. “This almost suggests to employers, ‘Think about doing it — it’s available to you,’” he says.

For the past nine years, Russell Beck has been advising various members of the Massachusetts Legislature (primarily Senator Will Brownsberger and Representative Lori Ehrlich) and he was the lead drafter of their bills. Most of the language in the current noncompete law is language that Russell Beck drafted or is based on language that he drafted, though a number of the provisions (such as garden leave) were added by others or significantly modified by others.