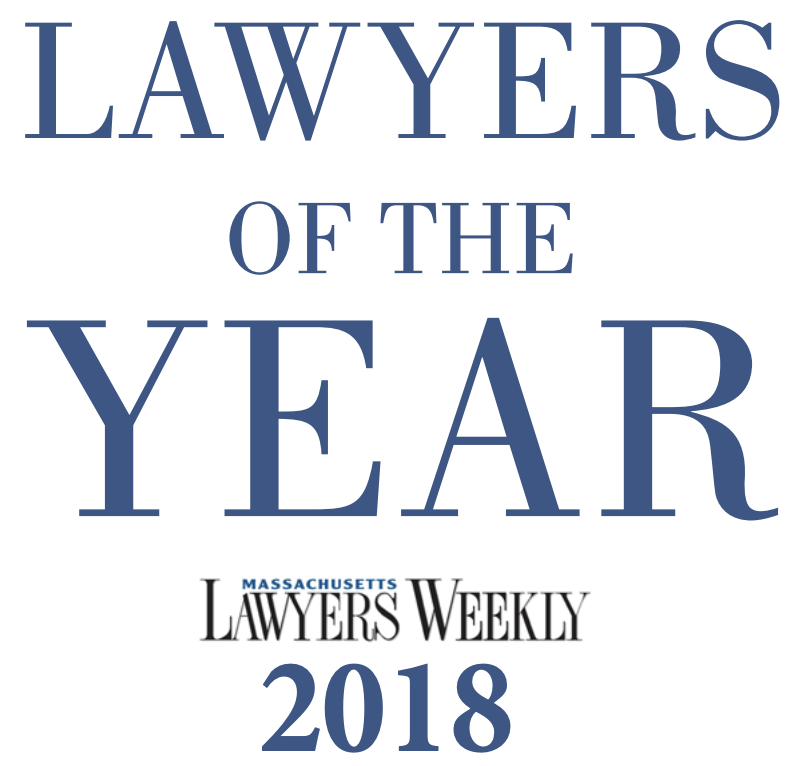 Russell Beck was recently named as one of the Lawyers of the Year for 2018 by Massachusetts Lawyers Weekly.

Russell’s selection among the Lawyers of the Year recognizes his groundbreaking work in the area of noncompete litigation and legislative reform.

In the article about Russell Beck, Lawyers Weekly introduces his work as follows:

Back in 2008, the Supreme Judicial Court ruled that a forfeiture provision in a law firm’s partnership agreement did not constitute a noncompete clause to which lawyers couldn’t be bound under the state’s ethical rules.

Boston attorney Russell Beck mentioned Pierce, et al. v. Morrison Mahoney LLP to a friend, state Rep. Lori Ehrlich, offering her the benefit of his expertise if she were ever asked about the case or noncompete agreements in general. Little did Beck know that he was opening the door to a decade-long odyssey, one that would culminate in 2018 with the Legislature passing a noncompete reform bill and adopting the Uniform Trade Secrets Act with some modifications.

Beck is the first to acknowledge that the legislation is not perfect. But just the fact that a compromise was reached given the wide spectrum of views on noncompetes is a minor miracle, he says.

The days ahead are expected to bring litigation that will help color in the lines of the new law, along with perhaps some technical fixes on Beacon Hill. However, since Oct. 1, employees have been benefiting from the requirement that they be given notice that they will be asked to sign a noncompete, while low-wage and young workers who never should have been bound by noncompetes no longer need to worry about such restrictions. 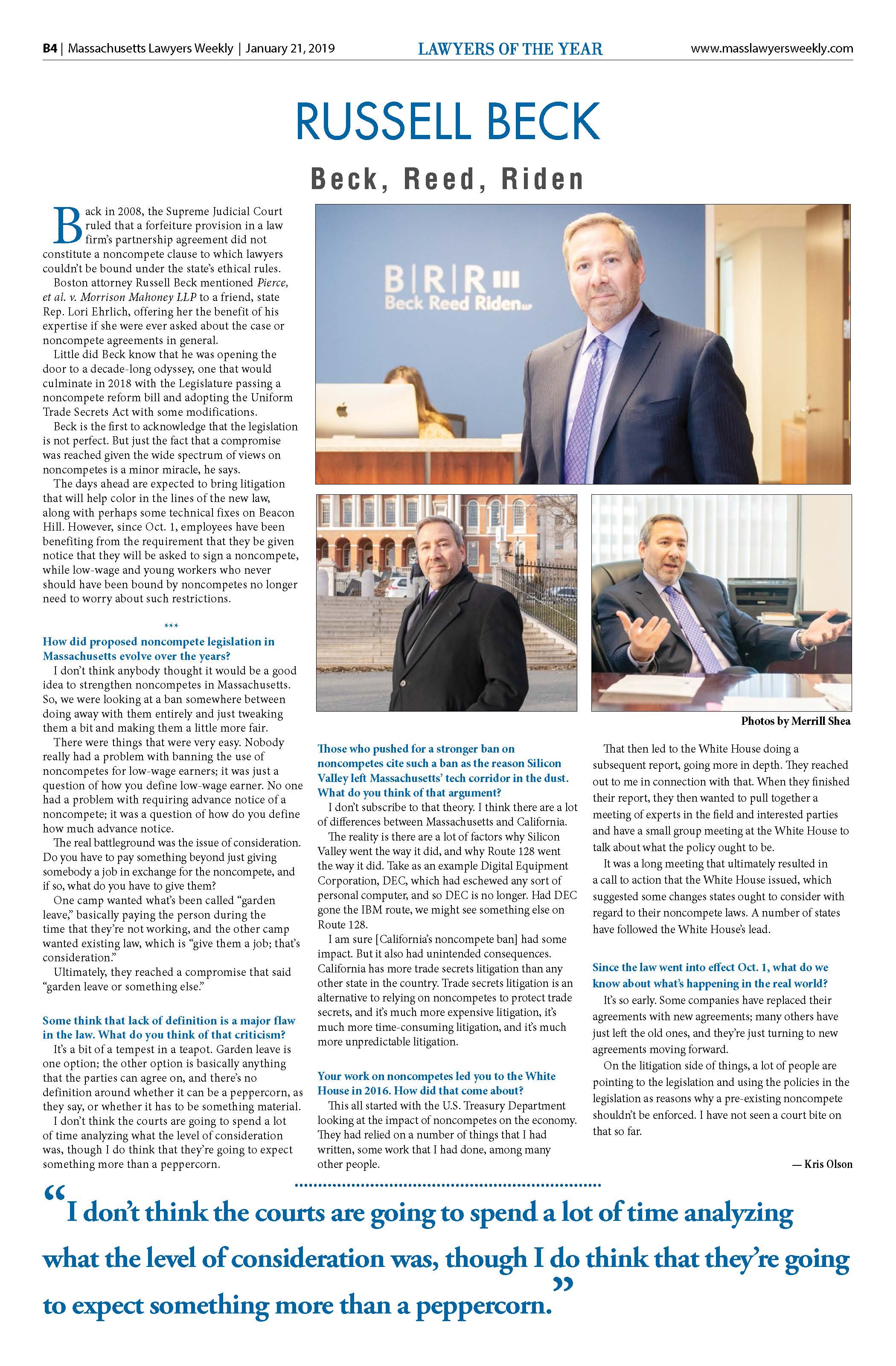 Massachusetts Lawyers Weekly’s feature on Russell highlights his work at the White House during the Obama administration on noncompete reform:

Your work on noncompetes led you to the White House in 2016. How did that come about?

This all started with the U.S. Treasury Department looking at the impact of noncompetes on the economy. They had relied on a number of things that I had written, some work that I had done, among many other people.

That then led to the White House doing a subsequent report, going more in depth. They reached out to me in connection with that. When they finished their report, they then wanted to pull together a meeting of experts in the field and interested parties and have a small group meeting at the White House to talk about what the policy ought to be.

It was a long meeting that ultimately resulted in a call to action that the White House issued, which suggested some changes states ought to consider with regard to their noncompete laws. A number of states have followed the White House’s lead.

An awards dinner–titled 2019 Leaders in the Law–recogninzing Russell Beck, among other honorees, will be held on March 6, 2019, at the Renaissance Boston Waterfront Hotel.