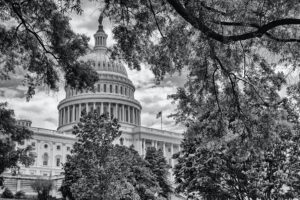 When a Democratic Party President succeeds a Republican Party President (or vice versa) employers can expect a shift in federal employment law policy. The shift in policy plays out through new administration-supported legislation and Presidential executive orders, and, at the federal agency level, through new agency leadership, new regulations and interpretative guidance, and changes in enforcement priorities and initiatives.

This year, in the transfer of power from the Trump administration to the Biden administration, employers may see a more dramatic swing in employment law policy than seen in most changes in presidential administrations, and potentially even more than the swing seen with the change from President Obama to President Trump.

Here are some labor and employment law areas in which employers should expect to see significant changes:

President Biden has been critical of the Occupational Safety and Health Administration’s (“OSHA’s”) actions in maintaining workplace safety during the COVID-19 pandemic, including OSHA’s reliance on the “general duty” standard for enforcing employer obligations, and he has stated that he would demand more aggressive action.

True to his word, on January 21, 2021, his first full day in office, President Biden issued an executive order (“EO”) requiring OSHA, within two weeks, to consider whether an “emergency COVID-19 standard” is necessary to protect workplaces and to implement such a standard by no later than March 15, 2021. The EO also requires OSHA, within two weeks, to issue revised guidance to employers on workplace safety during the pandemic.

More broadly, the EO requires OSHA to review its current enforcement efforts and “identify any short-, medium-, and long-term changes that could be made to better protect workers and ensure equity in enforcement.” OSHA will be considering that employers complete more detailed OSHA 300 Logs on workplace injuries and illnesses. In general, employers should expect that OSHA under President Biden will taking a larger and more active role in workplace safety issues related to COVID-19 and beyond.

Candidate Biden promised he would “be the most pro-union president you’ve ever seen.” Now, as President, he is immediately taking steps to fulfill that promise, including nominating Boston Mayor Marty Walsh, a former union leader, to be U.S. Secretary of Labor, naming a current Democrat Board Member to be Chair of the National Labor Relations Board (“NLRB” or “Board”) and firing the NLRB’s employer-friendly General Counsel when he refused to resign. He will be filling an open slot on the NLRB’s five member Board with a Democrat and, in August, will be able fill another slot with a Democrat when a Republican Board Member’s term expires. By 2022, Democrats will likely hold three of the five spots on the Board.

he “Biden Board” likely will seek to bring back some of the pro-union measures taken by the Obama Board, including accelerated (often called “ambush”) election procedures and timetables that tended to make it easier for unions to win elections and rules that treated as unlawful some employer prohibitions on anti-employer statements on social media. The Biden Board may take steps to broaden union access to employees, to restrict employer anti-union campaign, and to undo the current joint-employer rule that has been an obstacle to union organizing.

The action that would have the greatest impact on the traditional labor landscape would be the passage of the Protecting the Right to Organize (“PRO”) Act, which contains a wish list of pro-union changes to the National Labor Relations Act. (“NLRA”). The PRO Act would, among many other things, create a private right of action for alleged NLRA violations similar to those available under federal employment discrimination statutes, and also provide for greatly enhanced penalties such as double or triple back pay awards, emotional distress damages, individual liability for officers and executives, and attorneys’ fee awards. While passage of this legislation would be the most impactful action, it is also the action least likely to occur because Democrats are unlikely to have enough votes (60) to overcome a Republican filibuster in the Senate. 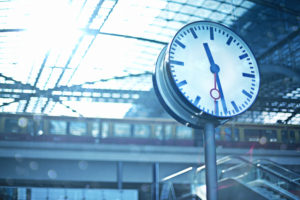 President Biden has advocated for a substantial increase in the federal minimum wage – up to $15 by the year 2026. On January 22, 2021, he jump-started that effort by announcing that he was directing his administration to start the work that would allow him to issue an EO within his first 100 days in office requiring federal contractors to pay a $15 minimum hourly wage to workers. In addition, under Secretary of Labor Walsh (assuming he is confirmed, the first former union official to serve as Secretary of Labor in half a century), the U.S. Department of Labor (“DOL”) will most certainly take a more pro-labor approach in its interpretation and enforcement of the federal Fair Labor Standards Act and other wage and hour laws.

Under President Trump, the DOL scaled back significantly the Obama DOL’s overtime regulations and promulgated its own employer-friendly regulations establishing new tests for determining joint-employer and independent contractor status. The DOL now is likely to go in the other direction on these and other wage and hour issues. President Biden and the DOL may take steps to limit the use of mandatory arbitration and class action waivers for claims under federal wage and hour laws. Overall, employers should expect that the DOL will have a progressive pro-labor agenda.

Candidate Biden advocated for legislation that would provide 12 weeks of paid leave for all workers for their own or a family member’s serious health condition. Upon taking office on January 20th President Biden issued the “American Rescue Plan” to address the COVID-19 pandemic and boost the U.S. economy. Among other things, the plan would extend the leave provisions under the Families First Coronavirus Response Act through September 2021 and expand the law to require employers to “provide over 14 weeks of paid sick and family and medical leave.”

On January 22, President Biden announced that he was directing his administration to start the work that would allow him to issue an EO within his first 100 days in office requiring federal contractors to provide “emergency paid leave” to workers. Although it is unclear what form of more broadly applicable paid leave law can make it through Congress, President Biden has made clear his intention to make federally-mandated paid leave a part of the workplace law landscape

Candidate Biden stated that he supports a bill titled the “Paycheck Fairness Act.” The bill’s stated purpose is to address wage discrimination on the basis of sex and reduce the gender pay gap. It would, among other things, restrict the use of the “bona fide factor” defense to pay discrimination claims and increase civil penalties for violations of equal pay requirements. The Democrat-controlled House passed the bill in 2019 but the Republican-controlled Senate took no action on it. Now, President Biden’s election, combined with the Democrat victories in the Senate run-off elections in Georgia, increase the chances of the bill becoming law.

More generally, President Biden appears committed to addressing gender and racial pay inequities. On January 21, 2021, he appointed Charlotte Burrows as Chair of the Equal Employment Opportunity Commission. Chair Burrows served as an Associate Deputy General in the Obama administration and most recently served as the Executive Director at the William Institute of the UCLA Law School, focusing on strategies to attain equality for sexual and gender minorities. 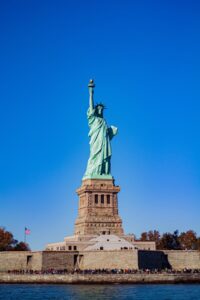 President Biden intends to pursue a broad immigration reform agenda. He has proposed comprehensive legislation aimed at creating a path to citizenship for millions of undocumented immigrants living in the U.S., including individuals brought to the country as children (so-called “Dreamers”), eliminating green card quotas, reducing lengthy backlogs and improving efficiencies for work visa programs. On his first day in office, he issued a series of EOs that reversed Trump administration policies (1) restricting entry to the U.S. for people from certain Muslim-majority countries (the so-called “Muslim Ban”) and (2) ending work authorization for Deferred Action for Childhood Arrivals (“DACA”) recipients.

President-elect Biden has stated that he “will work with Congress to eliminate all non-compete agreements, except the very few that are absolutely necessary to protect a narrowly defined category of trade secrets, and outright ban all no-poaching agreements.” His position is premised, at least in part, on an assumption that for a large percentage of the American workforce noncompetes have restricted employees’ freedom to move to other jobs and earn higher pay. My colleague Russell Beck has written a detailed analysis of President Biden’s proposed noncompete ban, including protection strategies and steps for employers to take now. Russell’s analysis can be found here.

Every change in administration that includes a change from one party to the other results in significant policy changes and new legislative and administrative actions. In the dynamic and politically sensitive world of labor and employment law, these changes in policy and actions can be quite substantial. And, on top of that, this year we’ve had a change in administrations involving two leaders who hold fundamentally different views on what is best for employers and for employees, and what role government should play in setting and enforcing workplace laws. Consequently, employers should expect more changes at this time than they normally see every four or eight years.

Bob Shea is the author of this article. Bob represents clients in all areas of labor and employment law. He focuses a significant portion of his practice on alternative dispute resolution.