This article by Russell Beck was originally published on Law360’s website.

Law360 (January 9, 2023, 5:51 PM EST) — Forty-seven state legislatures as well as Washington, D.C. — with the approval of Congress — have spent years honing their noncompete laws to fit their local communities and industries.[1]

In one fell swoop, three commissioners at the Federal Trade Commission are proposing to undo all of it.[2] With it, they will also eliminate the use of a broad swath of nondisclosure, nonsolicitation, no-service, no-recruit and no-hire agreements.[3]

Unfortunately, the FTC’s proposed rule is a mistake both because it is likely outside the FTC’s authority and, even if not, is so overly broad that it will have severe unintended consequences that will overshadow any potential benefits.

On Jan. 5, the FTC proposed a rule called the Noncompete Clause Rule,[4] which would essentially ban all employee noncompetes, as well as any other restrictive covenant — including nondisclosure agreements — that can be interpreted by the FTC as a de facto noncompete.[5]

As currently proposed, the Noncompete Clause Rule would ban virtually every noncompete with every employee. The ban would not only prevent new noncompetes, but it would retroactively invalidate all existing noncompetes. 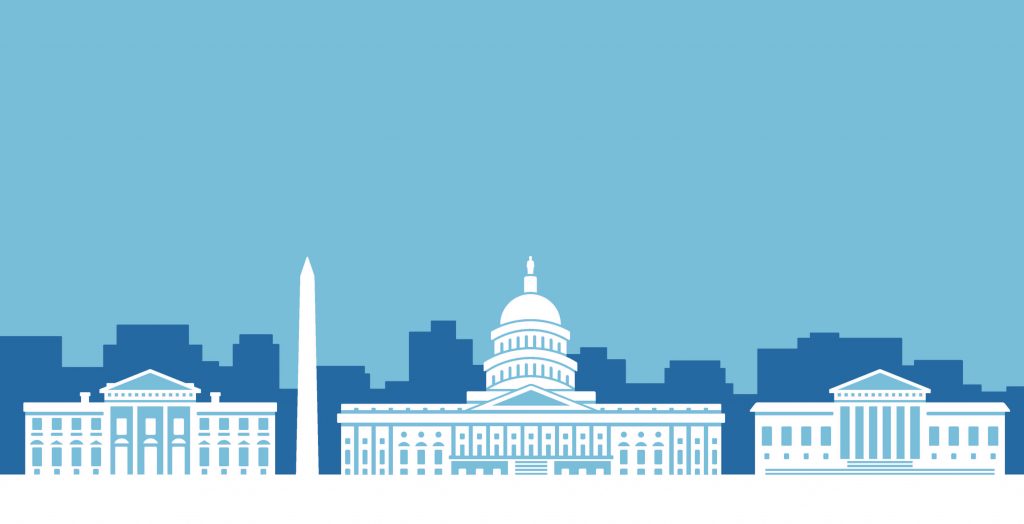 The rule would also void any other restrictive covenant that the FTC determines is “written so broadly that it effectively precludes the worker from working in the same field after the conclusion of the worker’s employment with the employer.”

The only noncompetes that escape the ban are noncompetes entered into in connection with the sale of business or sale of an ownership interest, where the person to be bound owns at least a 25% interest in the company.

As a threshold matter, it is far from clear that the FTC has authority to promulgate a substantive rule governing noncompetes, much less a wholesale ban. I will not belabor the point, as much has already been written about it.[6] However, Commissioner Christine Wilson aptly summarized the issue as follows:[7]

The [notice of proposed rulemaking] is vulnerable to meritorious challenges that (1) the Commission lacks authority to engage in “unfair methods of competition” rulemaking, (2) the major questions doctrine addressed in West Virginia v. EPA applies, and the Commission lacks clear Congressional authorization to undertake this initiative; and (3) assuming the agency does possess the authority to engage in this rulemaking, it is an impermissible delegation of legislative authority under the non-delegation doctrine, particularly because the Commission has replaced the consumer welfare standard with one of multiple goals. In short, today’s proposed rule will lead to protracted litigation in which the Commission is unlikely to prevail.

Even if the FTC has authority, the proposed throw-the-baby-out-with-the-bathwater approach is a mistake. While a bright-line rule provides clarity and certainty, the unintended consequences are likely to be extreme and can potentially dwarf the benefits of a complete ban.

For example, the rule would almost certainly result in more trade secrets being unlawfully taken to a competitor. The theft of trade secrets is already estimated to cost the economy hundreds of billions of dollars a year[8] and was a principle driver of the 2016 enactment of the Defend Trade Secrets Act.

Indeed, the protection of trade secrets was considered so important by Congress that the DTSA was passed by a unanimous U.S. Senate and nearly unanimous U.S. House of Representatives. The elimination of noncompetes — a key tool used by companies to protect their trade secrets — runs directly counter the purposes of the DTSA.

The rule would also eliminate other benefits of noncompetes that some studies have found to exist, including, for example, increased wages and accountability for some categories of employees — CEOs and other executives — increased training and job satisfaction when employees are provided with advance notice of noncompetes, lower costs to consumers at least in the mutual fund industry, lower rates of employee misconduct by financial advisers, lower fees charged to consumers by financial advisers and higher-quality startups.[9]

Relatedly, the functional test in the proposed rule is so sweeping and vague that it renders virtually every restrictive covenant in existence at risk. This includes nondisclosure agreements and other agreements needed to preserve the value of companies and protect them from unfair competition by departing employees and their new employers.

Indeed, even the exception allowing for the use of noncompetes in the context of a sale of business or sale of an ownership interest is so narrow as to effectively be illusory.

Because the exception applies only to persons who own at least 25% of the company being sold, the maximum number of people who can be bound by a noncompete arising out of the sale of a business is four, thereby significantly limiting the number of potential target companies. Further, it ignores the value conferred on the sellers.

First, become part of the discussion. The FTC has requested public comment on virtually everything in its 218-page notice. Whether you use noncompetes or oppose their use, if you have something useful to add to the discussion, add it. This is the time to voice your opinion before it’s too late. But I encourage an honest debate with supportable facts and argument, not rhetoric and hyperbole.[10]

This has been a four-plus year process that is crescendoing now. This will be the last chance for companies and individuals to provide input. If you have any, provide it. And do it now. You have 60 days from the date the notice is published in the Federal Register. While the FTC is almost certainly going to promulgate a rule, it has signaled a willingness to consider shifting to a more balanced approach.

Second, recognize that some regulation is almost certainly coming, even if it is later invalidated. Take steps now to be prepared. If your company or your clients’ companies use restrictive covenants, it is highly likely that noncompetes with low-wage workers — however low-wage is ultimately defined — will be banned. If they can be eliminated, they should be. Now.[11]

Note that, even in the absence of a rule, the FTC has begun instituting enforcement actions against companies using noncompetes.[12] Those actions were not limited to noncompetes used for low-wage or low-skilled workers, but included a broad range of workers. And the FTC is likely to continue bringing those actions. So even before the rule is final, it is important to eliminate unnecessary noncompetes.

Third, though other restrictive covenants do not offer nearly the equivalent of the prophylactic protection of a company’s trade secrets and customer goodwill offered by a noncompete, it would wise to ensure that those alternative agreements are likely to pass muster under the functional test in the proposed rule.

Fourth, to the extent companies exclusively use agreements other than noncompetes or similar agreements, like garden leave clauses, they may wish to include springing noncompete language, i.e., a provision that effectively provides a noncompete as a remedy for a breach of one of the less-restrictive restrictive covenants.

Though set out in the contract, springing noncompetes are a remedy issued by a court, not a contractual noncompete. They are designed to address misconduct, albeit only if and after that misconduct is discovered.

Fifth, companies should supplement their agreements with appropriate policies and procedures, including in particular, policies governing the proper use of company-owned equipment and technology and personal devices, trade secret and confidential business information policies, and codes of conduct, as well as appropriate trade-secret and nonsolicit-focused onboarding and off-boarding practices.

Sixth, with all the agreements, policies and procedures in place, proper training will be even more critical than before. It should start before a new employee walks in the door, continue throughout the employment cycle and repeat at the end, where it starts for the new employer.

The FTC’s proposed rule needs to be a wake-up call. Companies need to immediately take steps to provide their input to the FTC and, simultaneously, brace for its impact — which may be far from certain for many months to come.

Disclosure: Beck authored and co-signed a July 2021 letter to the FTC urging restraint in the regulation of noncompetes, cited in endnote 9 below.

The opinions expressed are those of the author(s) and do not necessarily reflect the views of their employer, its clients, or Portfolio Media Inc., or any of its or their respective affiliates. This article is for general information purposes and is not intended to be and should not be taken as legal advice.

[1] See A Brief History of Noncompete Regulation, available at https://faircompetitionlaw.com/2021/10/11/a-brief-history-of-noncompete-regulation/. Indeed, in the past year alone, there were 98 state noncompete bills pending and seven federal bills, and eight new noncompete laws in five states. See https://faircompetitionlaw.com/2022/09/06/a-noncompete-ban-by-any-other-name-time-to-take-action/. In contrast, California, North Dakota, and Oklahoma all have noncompete bans that have been around since the 1800s. [2] The fourth commissioner strenuously objected. While there are supposed to be five commissioners, former-Commissioner Noah Phillips resigned in the fall, thereby creating an unfilled vacancy. To be clear, I do not suggest in any way that the intent of the FTC generally or the three Commissioners specifically is anything other than laudable or that they proposed the rule in bad faith. [3] No-hire agreements are agreements by which an employee remains entirely outside the hiring process of certain former colleagues. This is different from no-poach agreements, where two or more companies agree not to solicit each other’s employees. [4] The required notice of proposed rulemaking for the proposed rule (the “Notice” or “NPRM”), which sets out the rule and the FTC’s rationale, is available at https://www.ftc.gov/legal-library/browse/federal-register-notices/non-compete-clause-rulemaking. [5] The proposed rule comes on the heels of three “enforcement actions” brought the day before (January 4, 2023) against companies using noncompetes and a simultaneous announcement of proposed consent orders in each, requiring, among other things, the respondents to stop using noncompetes. See FTC Brings Unprecedented Enforcement Actions, available at https://faircompetitionlaw.com/2023/01/05/ftc-brings-unprecedented-enforcement-actions/. [6] See, e.g., Noncompete Ban Tees Up 1st Test Of FTC’s Rule Powers, available at https://www.law360.com/articles/1563061/noncompete-ban-tees-up-1st-test-of-ftc-s-rule-powers#?copied=1; The FTC Does Big Labor a Solid, WSJ Editorial, available at https://www.wsj.com/articles/the-ftc-does-big-labor-a-solid-11673047667?st=z86anmczhugjwtz&reflink=article_email_share. [7] Dissenting Statement of Commissioner Christine S. Wilson Regarding the Notice of Proposed Rulemaking for the Non-Compete Clause Rule (January 5, 2023), available at https://www.ftc.gov/system/files/ftc_gov/pdf/p201000noncompetewilsondissent.pdf. [8] In 2014, The Center for Responsible Enterprise and Trade (CREATe.org) and PricewaterhouseCoopers (PwC) estimated that the cost of trade secret misappropriation ranged from one to three percent of the U.S. Gross Domestic Product, possibly costing U.S. companies as much as $480 billion per year. See “Economic Impact of Trade Secret Theft: A framework for companies to safeguard trade secrets and mitigate potential threats,” CREATe.org and PwC (Feb. 2014), available at https://www.innovation-asset.com/hubfs/blog-files/CREATe.org-PwC-Trade-Secret-Theft-FINAL-Feb-2014_01.pdf; Update to the IP Commission Report, The Theft of American Intellectual Property: Reassessments of the Challenge and United States Policy, The National Bureau of Asian Research on behalf of The Commission on the Theft of American Intellectual Property (2017) (citing the CREATe.org/PwC report), available at https://www.nbr.org/wp-content/uploads/pdfs/publications/IP_Commission_Report_Update.pdf. [9] Details and support for each of these and more are provided in a July 14, 2021 letter to Mr. Zach Butterworth, Director of Private Sector Engagement Executive Office of the President, and the FTC signed by 59 lawyers and paralegals in response to President Biden’s July 9, 2021, Executive Order on Promoting Competition in the American Economy. The letter is available at https://faircompetitionlaw.com/wp-content/uploads/2021/07/White-House-and-FTC-20210714-Joint-Submission-of-Trade-Secret-Lawyers-Beck-et-al.pdf. [10] See Please Stop Using California as the Poster Child to Ban Noncompetes – Time for an Honest Policy Discussion, available at https://faircompetitionlaw.com/2021/11/02/please-stop-using-california-as-the-poster-child-to-ban-noncompetes-time-for-an-honest-policy-discussion/. [11] They should, at a minimum, already comply with the existing low-wage worker criteria in the 11 states (plus Washington, D.C.) with them. See Washington’s and Colorado’s Noncompete Wage Threshold to Rise 8.66% and 11.11%, Respectively, and Others to Follow, available at https://faircompetitionlaw.com/2022/10/24/washingtons-and-colorados-noncompete-wage-threshold-to-rise-8-66-and-11-11-respectively-and-others-to-follow/. [12] See FTC Brings Unprecedented Enforcement Actions, https://faircompetitionlaw.com/2023/01/05/ftc-brings-unprecedented-enforcement-actions/.