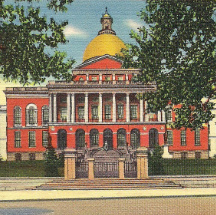 If this noncompete bill becomes law (it’s not there yet—it would still need to be passed by the Senate and signed by the Governor by the end of July for that to happen), then there will be a dramatic shift in the way employers are permitted to use noncompete agreements in Massachusetts.

Significantly, the House of Representatives’ noncompete bill would:

The 12-month cap can be extended for up to two years in the event the employee breaches a fiduciary duty to the employer or if the employee unlawfully takes the employer’s information or property.

ne controversial aspect of the new bill is the so-called “Garden Leave” clause, which would require employers to pay half the salary of employees for the duration of their noncompete period after they leave. But there’s a major caveat to the Garden Leave provision: The bill gives employers the option of providing some “other mutually-agreed upon consideration . . . provided that such consideration is specified in the noncompetition agreement.”

The bill would not affect nonsolicit agreements that bar employees from transacting business with employers’ customers, clients, or vendors. The bill also maintains the status quo for the courts’ ability to modify noncompete agreements by giving judges discretion to reform or otherwise revise a noncompete agreement so as to render it valid and enforceable.

According to the House’s legislation, in order for a noncompete agreement to be valid, new hires must be given prior notice that they will be bound by such an agreement – either with the delivery of the offer of employment or 10 business days before the employee starts work, whichever is earlier. There is also a 10-day notice provision for current employees who are asked to sign new noncompete agreements.

Separate from the noncompete aspects of the bill, if passed, the bill will adopt the Uniform Trade Secrets Act. The impact of that is, as a practical matter, limited.

Beck Reed Riden LLP is Boston’s innovative litigation boutique. Our lawyers have years of experience at large law firms, working with clients ranging fromFortune 500 companies to start-ups and individuals. We focus on business litigation and labor and employment. We are experienced litigators and counselors, helping our clients as business partners to resolve issues and develop strategies that best meet our clients’ legal and business needs – before, during, and after litigation. We’re ready to roll up our sleeves and help you. Read more about us, the types of matters we handle, and what we can do for you here.