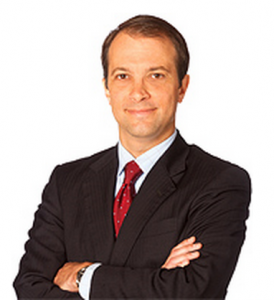 Will summarizes the decision as follows: 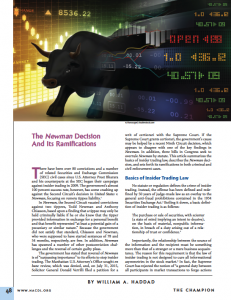 In Newman, the Second Circuit vacated convictions against two tippees, Todd Newman and Anthony Chiasson, based upon a finding that a tippee may only be held criminally liable if he or she knew that the tipper provided information in exchange for a personal benefit and that benefit represented “at least a potential gain of a pecuniary or similar nature.” Because the government did not satisfy that standard, Chiasson and Newman, who were supposed to have started sentences of 78 and 54 months, respectively, are free. In addition, Newman has spawned a number of other postconviction challenges and the reversal of certain guilty pleas.

In the United States’ petition to the Supreme Court, the government described the ruling as “unprecedented” and argued that, if it were left to stand, it would “hurt market participants, disadvantage scrupulous market analysts, and impair the government’s ability to protect the fairness and integrity of the securities markets.” However, the Supreme Court recently denied the government’s request to review the Second Circuit’s decision.

In the article, Will summarizes the basics of insider trading law, describes the Newman decision, and sets forth its ramifications in both criminal and civil enforcement cases. Will writes:

The Newman decision is the biggest challenge to date to the government’s campaign against insider trading. It comes out of the Second Circuit, the most important circuit for securities fraud cases. It has resulted in courts reversing convictions and vacating guilty pleas and has inspired challenges to criminal and SEC cases outside of the Second Circuit.

That said, lawyers advising individuals or financial institutions (e.g., hedge funds) should not change their preemptive or post-conduct advice to clients based upon Newman. One countervailing opinion has already been handed down in the Ninth Circuit, and three bills in Congress seek to overrule Newman.

A copy of the article is available here.

Will Haddad is a partner at Beck Reed Riden LLP. He handles civil litigation involving all kinds of commercial disputes, as well as client responses to government investigations and enforcement actions. He has appeared in state and federal courts, along with various government and industry forums, including the SEC and FINRA.