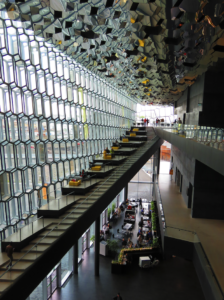 he ruling is a significant departure from how Massachusetts courts previously interpreted that requirement. Previously, relying on lower court rulings, many, if not most, Massachusetts employers believed that an employer making a late final payment would be on the hook for only three times the interest on the late-paid wages, not triple the wages and benefits. Many employers also believed they had a defense to treble damages if they paid the earned wages and benefits before the employee filed a complaint in court. The Reuter decision changes these long-held beliefs dramatically.

A three-week paycheck delay, then a lawsuit.

In Reuter, the city of Methuen terminated an employee after she was convicted of larceny in 2013. At the time she was fired, she had accrued $8,952.15 in unused vacation time. The city paid her that amount three weeks later. Then, one year later, the employee’s attorney sent a demand for $23,872.40: triple the amount of late vacation pay, plus attorneys’ fees, minus the amount already paid. In response, the city paid $185.42: triple the interest accrued at 12 percent for the three weeks the city delayed paying the accrued vacation pay.

The employee sued to recover triple the amount of late wages. 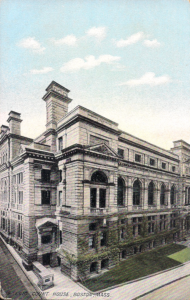 The trial judge held the employee was only entitled to treble the interest, accrued at 12 percent, for the three-week delay in receiving her vacation pay, plus attorneys’ fees. The defendant appealed the award of attorneys’ fees and the employee cross-appealed, again seeking triple the amount of late wages and benefits. The SJC transferred the appeal on its own motion.

In reaching this decision, the SJC relied heavily on the rationale that a terminated employee lacks advance warning of the end of their employment. The legislature intended such employees to be paid in full on their last day to minimize disruption in their ability to maintain their standard of living.

The SJC recognized that its decision in Reuter puts employers in a challenging position when terminating an employee suddenly, such as for illegal or other misconduct, since the amount owed to them might not be readily apparent. In these instances, the SJC proposed that short-term suspension might be necessary instead of immediate termination: “[t]his may mean that employees who, like the plaintiff, have engaged in illegal or otherwise harmful conduct may have to be suspended rather than terminated for a short period of time until the employer can comply with § 148.”

Finally, note that the impact of this ruling also extends to employers’ final pay obligations for employees who voluntarily terminate their employment. In the case of voluntary terminations, the Massachusetts Wage Act requires that employees be paid their final pay no later than at the time of the employer’s next scheduled payroll. Employers who fail to pay those employees all owed wages by that time face potential damages for treble the amount of the final pay.

If you have any questions about the Massachusetts Wage Act, or need assistance with an employee termination or other workforce restructuring, Beck Reed Riden LLP’s employment attorneys are available to assist.